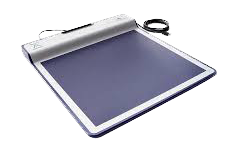 As a personal trainer, I have studied anatomy and human movement for years. The studies were centered on muscles and muscle action. In March 2019, I took the course ‘Anatomy in Motion’ by Gary Ward which widened my view of human movement significantly. Gary’s work is neither a ‘certification’ nor a ‘method’ but a view of the body and the skeletal system as it relates to the quintessential human movement: walking.

All joints are designed to support gait. There is not a joint in the body that does not have a place in the gait cycle, and if muscles support the joints in the designated way, the body can move with optimal efficiency. I like to compare the body design to those intricate mechanical clocks from previous centuries, where all the cogs interact with one another at the exact right time and direction to function flawlessly. Just as time and circumstances can interfere with those devices, so can the passage of time and events interfere with our bodies.

One of the most complex structures in the human body is the foot with 26 bones, 33 joints and more than 100 muscles, tendons and ligaments. It is also the structure that grounds us and reacts to the earth. Correct function in the foot components is a pre-requisite for all the joints above to live up to their most efficient movement potential. On the other hand, if just one of them is out of place, then the structure above can become compromised.

Looking at it from the opposite direction, the same is true. For example, arm swing occurs normally when walking. If, for any reason, one shoulder is immobilized, then this will potentially work its way down to the feet and how they move. This can create a vicious cycle of increased compromised function.

Given all that, this view of anatomy is compelling to me and has become an integral part of my way of viewing the body and its movement. While I recognize that some circumstances may have become unalterable, that does not mean that we should not strive for greater efficiency even with diminished movement potential.

To further improve my assessments, I have a force plate which helps me determine weight distribution and the client’s center of mass in standing and walking with great accuracy. As such, this new tool lets me evaluate the impact of corrective exercises.

Neurokinetic Therapy (often called NKT) is a type of natural therapeutic system that has the goal of correcting learned movements and muscle functions within the body that can contribute to poor posture, joint tenderness and muscular pain. Considered to be a healing “bodywork modality,” similar to massage therapy or chiropractic adjustments for example, NKT is often used in rehabilitative settings to treat injuries and chronic pain.

The NeuroKinetic Therapy® corrective movement system was first created by David Weinstock in the mid-1980s. He created this unique system of precise muscle tests and adjustments to help correct muscle and movement memories that were stored in the brain region that’s responsible for learned motor control.

NKT practitioners now work with clients around the world to help reduce problems such as common running injuries and carpel tunnel syndrome, which are often made worse due to dysfunctional muscle compensations. What other types of body compensations might eventually cause us pain? These include muscle compensations triggered through trauma, exercising with improper form, or compensating when we walk or lift in order to reduce fatigue.

NKT practitioners first identify where their clients’ muscles are behaving abnormally, then help them restore proper balance and function through good-old failure and repetition.

What Is Neurokinetic Therapy (NKT), and How Does It Work?

NKT is based on observations that certain body parts compensate for other weaker body parts. Essentially muscles or tissue can become weak and “shut down” following injury, while others become forced to work overtime and make up their shortcomings. This concept is known as the body’s “muscle compensation patterns.” These patterns are observed in people experiencing noticeable weakness and pain, but also often appear to some degree in those who are generally healthy and strong.

As a type of manipulative bodywork that’s related to Active Release Technique, NKT is based on a chiropractic technique called Applied Kinesiology, which uses touch and adjustments to help the body heal itself. Prior to using any Applied Kinesiology technique, a practitioner must first test their client’s reaction to a type of movement, stance, pressure or substance in order to see how they react, in order to observe their weaknesses.

Weinstock discovered that muscle compensation patterns are stored in a part of the brain responsible for muscle and movement memories, called the cerebellum. Muscle testing could be used to help reveal incorrect movements being stored in the cerebellum that are contributing to pain or postural abnormalities.

The cerebellum is sometimes referred to as “the body’s control center for all motor skills” (in NKT, it’s often called the Motor Control Center or MCC). It plays a crucial role in helping us to develop into fully functioning adults who can perform many movements automatically (such as grabbing, walking, bending or bringing things towards our body) without much conscious thought. The cerebellum is connected to all muscles via the somatic nervous system, which is a series of nerve channels that bring chemical messages throughout your body related to your senses, location in space and movements. Although memories stored in the cerebellum allow us to do many tasks subconsciously and automatically, we still must learn these behaviors and movements through trial and error. Babies and children slowly develop muscle memories as they get older, and the cerebellum (in conjunction with other parts of your brain) then stores these memories like a computer, so that eventually we can perform them on “autopilot.”

Normally movement memories are extremely useful and beneficial, but they can become problematic following an injury or overuse. When one muscle is overused or strained, the body adapts by creating muscle compensations. These compensations then get stored into the Motor Control Center and can be hard to break without precise interventions.

Movement patterns may be faulty or dysfunctional, and cause pain due to imbalance, overuse or overloading of tissues. Pain itself is not always at the site of dysfunction — it’s simply result of faulty compensations. The goal of NKT, therefore, is to reteach corrected muscle movements. A NKT practitioner helps clients to practice movements over and over again using proper form. Eventually these corrected movements replace incorrect muscle compensations and become stored in the MCC for future use.

Neurokinetic Therapy is a healing bodywork system based on correcting muscle compensations that are developed when certain weak muscles become inhibited, forcing other muscles to become overworked.

NKT first tests for abnormal compensation pattern that can contribute to pain or tightness, then uses specific repetitive movements to reteach the body how to perform movements correctly and store them in memory.

All NASM training approaches have as a foundation the Optimum Performance Training (OPT) model which mandates that training must always start with a stabilization phase after an assessment so that the body is well prepared if higher levels of fitness or even competition are desired. The consistency of the model throughout all of NASM’s certifications and specialty certifications makes it very coherent and thus stand-alone in the industry.

I hold a majority of the NASM specialty certifications and integrate my training within its framework even though I draw from other training modalities.

ACE is another nationally accredited organization within the fitness industry.

I hold with ACE the highly regarded certifications of ACE Certified Medical Exercise Specialist which enables me to work with clients who require considerations that go beyond the normal scope of a personal trainer (which is ‘apparently healthy’). I also hold the certifications as ACE Health Coach. Health Coaching is part of my personal training commitment to my clients; however, individual session are available on request.

The BioMechanics Method is a modality which integrates myofascial release techniques with stretching and very specific exercises, developed to address primarily low back pain which is rampant in our sedentary society. As such, it is a corrective exercise methodology which has tremendous value in its own right.

After I had studied TBMM and passed the test, I was the first person in North Carolina to be a TBMM Corrective Exercise Specialist.